Just Homes Vision Night Exhibit
Volunteer Project, Just Homes and The District Church, May 2018
"Imagine a just city where everyone has a home. DC can be that city. And churches can get us there."
Just Homes, an initiative by The District Church in Washington DC, aims to mobilize and equip churches to help solve the district's affordable housing crisis. The church sought out how to best use its resources to serve its community, which led a dedicated volunteer team to research and interview the work for the course of a year. I first learned about the initiative when they debuted the research findings that churches and their congregants could be part of the solution to providing more affordable housing, one of the District's biggest contemporary issues.
Eight months later, I helped director Shiri Yadlin and the rest of the leadership team organize the initiatives public debut. The "Vision Night" goals were to state issues of DC to local faith leaders and interested congregants, listen to the perspective of many who have worked on the issue for a long time, and spur conversations of how churches could get involved. 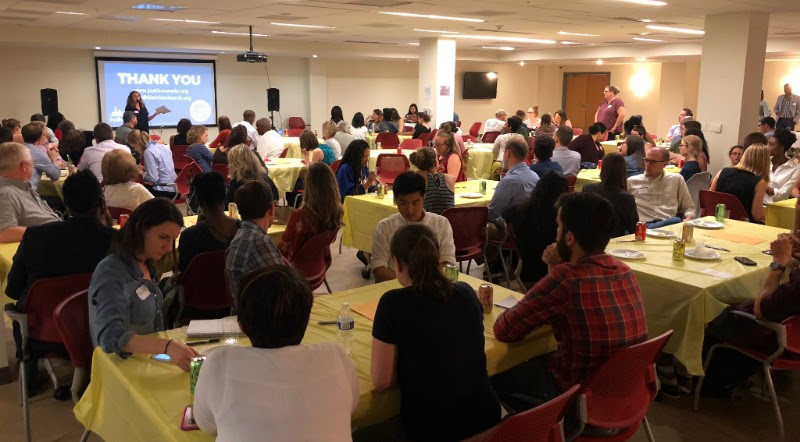 My contribution was a three step pop-up exhibit that welcomed attendees with some questions and presented key findings. I wanted to set the tone of the night while guests arrived and milled about to provide a base level of info for discussion.
I wanted visitors to place themselves in the topic of affordable housing, so I proposed multiple interactive parts for the exhibit. Here are two examples below: 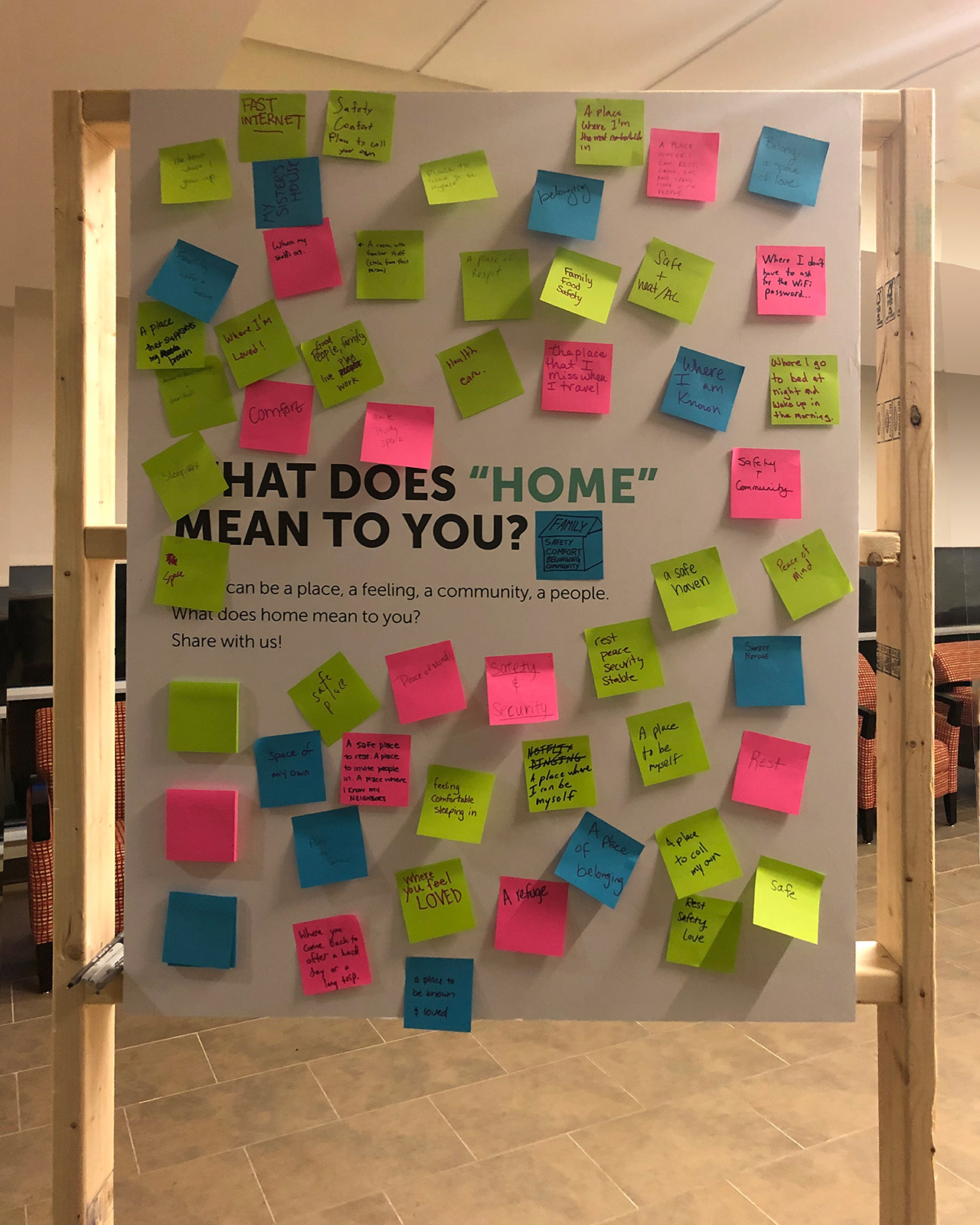 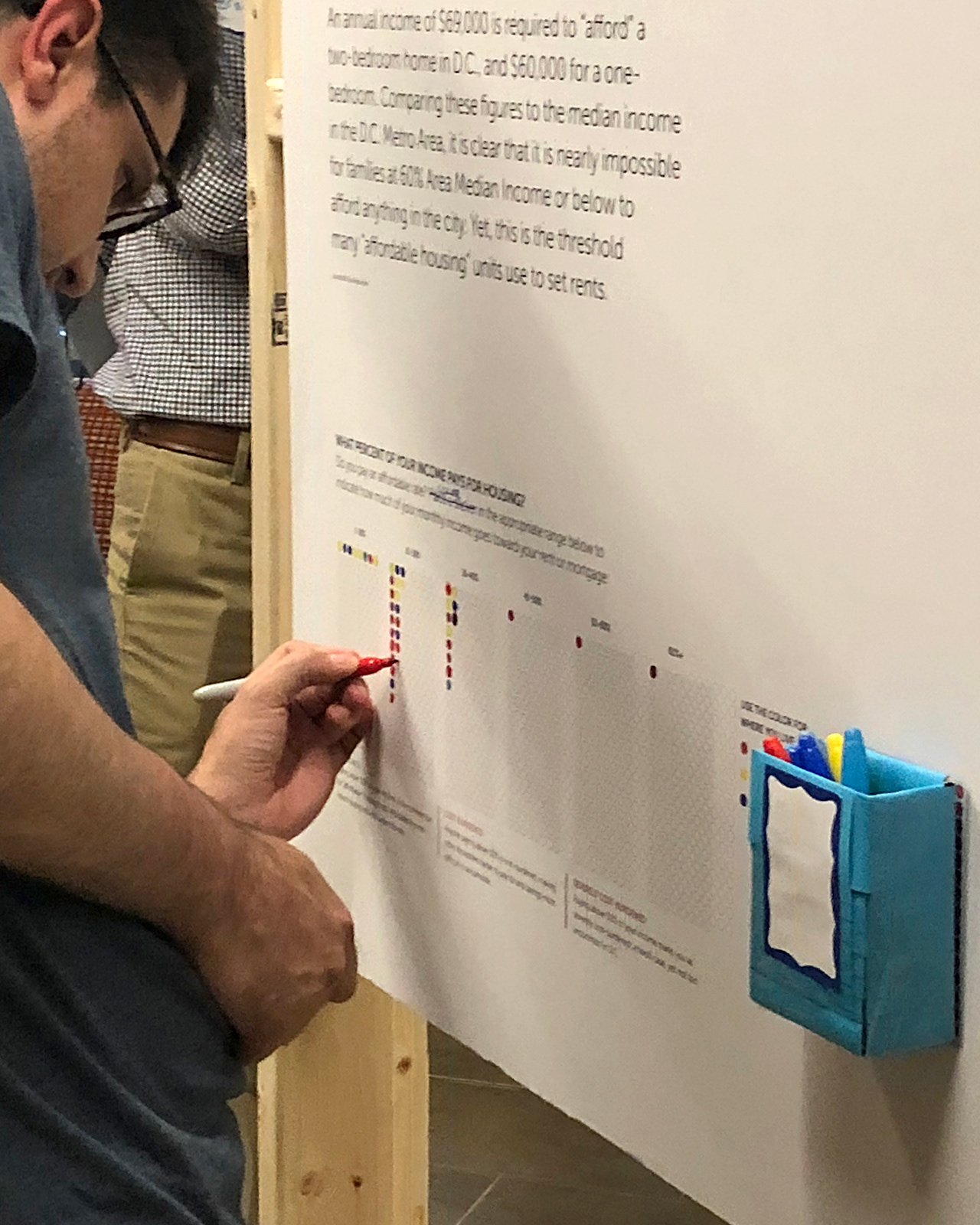 "What % of your income do you spend on rent?"

The visitor fills in the question with a color specific to where they live. The text below the dot informs them of common housing terms like "cost burdened", which specifically refers to a household paying over 30% of their income in rent.

After these, two panels illustrate DC's affordable housing issues, and four panels describe the concept of "justice housing" and Just Homes' broad strategy to support it. 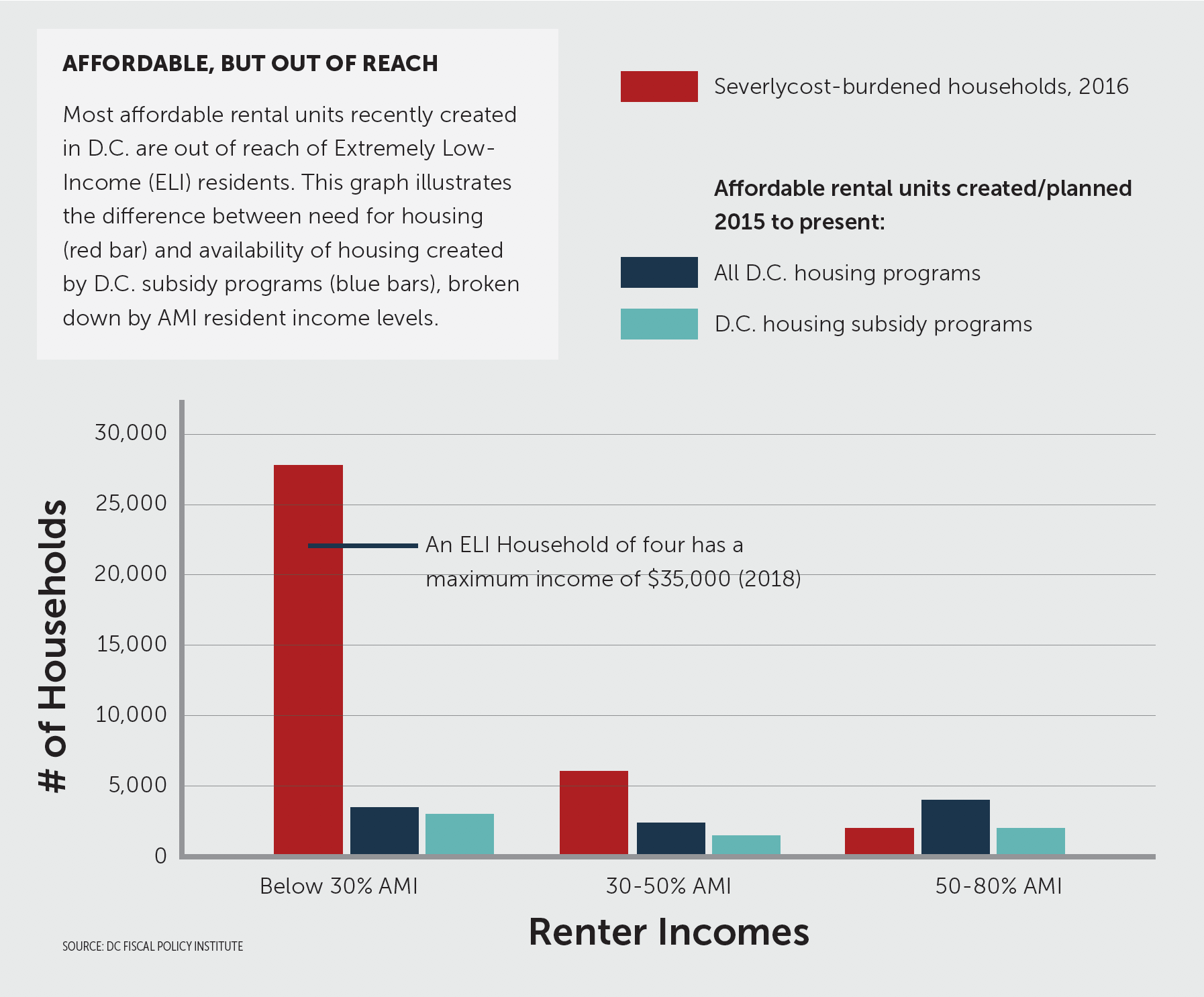 The gap between supply and need of affordable housing 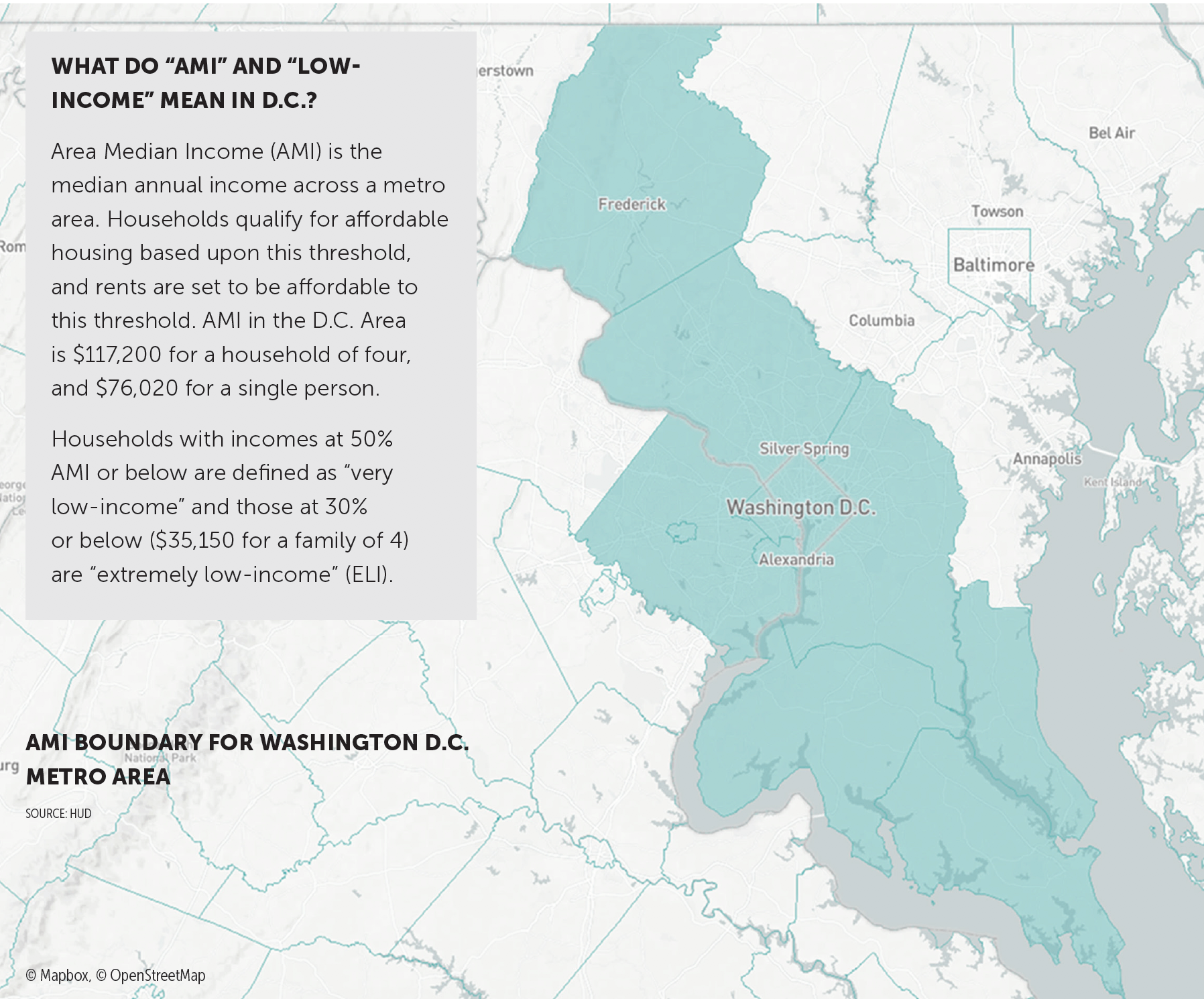 The "Area" of Area Median Income

I created a choropleth map of DC's median income in 2015, and combined it with general locations and size of vacant church land with the possibility of development. This was to show that churches across DC can help the affordable housing supply if developing was within their capability and mission.

This strategy panel described the service aspect of Just Homes vision. I made this illustration to show a vision of helpful neighbors and service for those who move somewhere new.